Hear first hand how we consistently live up to our promise of quick turnaround times and great quality. Read through some of the thousands of customer reviews of our service to get an idea of how hard we will work for you.

All reviews from verified customers 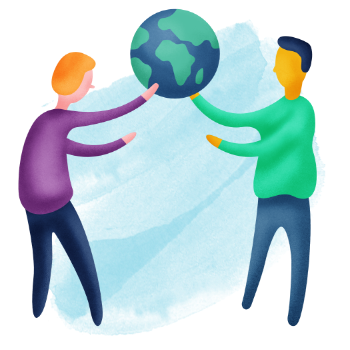 5.0
Eiman A.
Arabic to English

Rush redefines efficiency-be it pricing, accuracy, or time related! I'm extremely pleased with Rush translation and so glad my sister recommended them!

The service is excellent and your website it very easy.  I just forget to ask not to have the Rush Translate on documents.

On time and accurate.

Thanks for your fast work.

The service is fast and accurate. Would recommend to others!

Fantastic Service by the rushtranslate.com!!!!! I am amazed by the Quality and the Prompt service of this group. After submitting the order, I was in the impression, that I'll get by translated document in 2 days, but the final version of the document came in less than 12 hours.

I'll highly recommend this group to everyone who is looking for the translation work.

As a first timer getting documents translated I was a bit overwhelmed at first by the number of different sites and prices. In the end, I had requested quotes from three different sites, including RushTranslate.

RushTranslate's was not only better priced in comparison, but I received my quote almost immediately and started the translation process.

Without exaggeration, despite my order being listed to take 3-4 days, by the time I received the first translation I had just only received quotes from the other sites I had looked into.

Of course, there were typos and a few errors in one of my documents made be a bit frustrated at first since I was in a rush. But the customer service was quick to respond and promptly resolved the issue. The final translation was definitely worthwhile. I would've rated the overall translation a 4.5 because of this, but seeing as the errors were resolved quickly and with little hassle, I think that 4 isn't proper. Hence my 5 stars.

I would definitely use the site again.

5.0
Diorys B.
Spanish to English

Excellent and fast service. I am amazed at the quality of the translation.

I been mailing and dealing with RushTranslate more then week and service quality, professionalism and much more... I been happy to find this firm...

Thank you so much.

I am still working on it, but so far, the fastest translation ever, thank you.

Excellent speed and efficiency, thank you!

Excellent translation service with a quick turn around Will definitely use again.

5.0
Luigi B.
Italian to English

Greatly satisfied with service. Easy and very fast. I would recommend it to everyone.

I got a Vietnamese marriage certificate translated into English. Great fast service. Great translation. The service is easy to understand. You pick your type of translation. Upload your document. Fast turn around. The translator did a good job translating. It was just like the one I got translated in Vietnam. I needed this for my driver's license.

Impressive! They translated and certified 2 extremely complex sheets in 18 hours after my upload.

Quick turnaround, quick to respond, easy to work with the site. Will definitely recommend this service to whoever needs translation.

I was wondering how is going to be because it's the first time using online translate , but I figured  these guys are awesome and I strongly recommend them, they really deserve five stars i wish you guys all the best.

Great translation! I got it in less than 24h!

Quality service in a timely manner .

RushTranslate is really rush. As promised they provided on-line translation in less than 24 hours and almost immediately shipped a hard copy

The document was treated and delivered as promised. Was well done and I couldn't have requested something better. Will certainly recommend their services to any of my friends.

5.0
Omofolarin B.
Russian to English

Fast, affordable and accurate translation for a birth certificate!

Great job, high quality and very fast, can't get any better for the price. Thank you.

5.0
Mustafa A.
Arabic to English

Thank you very much indeed. After reading your translation, I found that I had failed to catch so much nuances of the sentences and to understand correctly the intentions of the author. It is a huge help for me. Gratefully yours, Asuka

I'm impressed with the speed of the translation!

I used this company twice already and they are not joking, the turn around time was less than 24 hours. Documents were correct and exactly the way I requested them to be, very professional service . Definitely recommend and will use in the future.

5.0
Guilherme B.
Portuguese (Brazil) to English

5.0
Stacie B.
French to English

Accurate, very fast turn-around, and exactly what I needed. Will definitely be using Rush Translate again. Thank you for the great service!

service was fast and reliable. exceeded my expectations

Get things done in a day, nice work!

Thank you thousands of times. Amazing. You guys are the best!  Tanase Petrenco

Quick and efficient translation! I had to translate my driver's license from arabic to english.

Got it within 24h, with a revision of it (my first name was spelled wrong, but since it's a french name, I don't hold them accountable) done within an hour.